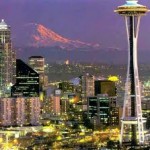 I am originally from Seattle. It is a very beautiful place, and I keep it in my heart as my home, whether I am living in Europe, Africa, or maybe someday in ‘Cascadia’. I’ve lived mostly outside of the USA for more than 20 years. 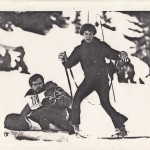 I began studying conflict resolution in 1987 at George Mason University. Before that, I had a first career teaching snow skiing, and coaching racing, mostly with disabled athletes. I was a national examiner for certification of adaptive ski instructors, director of the Skiforall Ski School, and of the Skiforall Foundation. At one point I was also the Chairperson of the Northwest Wheelchair Sports Association. While I have moved on professionally from skiing, that experience remains integral because we helped people help themselves and be independent, we helped people satisfy their basic needs for recognition (and recreation), and it was the foundation for my knowledge of working in the not-for-profit, non-governmental, and civil society realms. 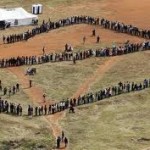 After completing my M.S. in Conflict Analysis and Resolution in 1989, I found my way to South Africa, where Nelson Mandela had recently walked out of prison, and the rest of the country was joining him on the long walk to freedom.  I also joined them for the final part of the journey, including the South African Peace Accord, the negotiations that led to the first free South African elections, and all the drama and trauma of those times. Twice the community had me ‘bullet-proofed by the ‘sangoma’. It was during these days that we internalized the meaning and importance of ubuntu…people are people through people. 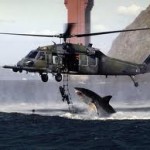 Since leaving South Africa in 1995, I have done mediation, facilitation, research, training and peacebuilding in Kenya, Sierra Leone, Liberia, Nigeria, Cyprus, Croatia, Bosnia, Georgia, Azerbaijan, Abkhazia, Moldova, Transdniestria, the Basque Country, Russia, India, Thailand, and lived in Moscow, London, and Leiden. I had excellent local partners in the Caucasus when we facilitated the Georgian Regions Project. I went fishing in South Ossetia, watched the horse races in Gagauzia, dove the coral reefs in Bougainville, and had some dodgy helicopter flights here and there. ( Lately, it occurs to me, what a long strange trip its been. ) 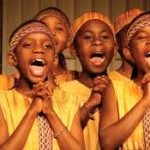 I believe that conflict resolution involves changing social structures and institutions so that they exist for the purpose of satisfying basic human needs such as identity, security, recognition, participation, understanding and development. The process requires collaborative, cooperative, creative problem solving that engages stakeholders and usually benefits from facilitation. Principled negotiation is one such process, and analytical problem solving is another. This is what I aspire to do with people in their communities and societies, so that we can all live in more peaceful times and places with our ubuntu/humanity fully realized.